During the Second World War, Raffaele Mattioli protected Jewish colleagues from Italy’s anti-Semitic laws. Now his humanitarian efforts have been honoured in Intesa Sanpaolo’s Historical Archives and in Italy’s Festival of Diplomacy.

Raffaele Mattioli was more than just an important figure at Banca Commerciale Italiana (COMIT). Indeed his greatest contribution to humanity was in a different sphere altogether.

Born in 1895 in the town of Vasto on Italy’s Adriatic Coast, Mattioli completed an economics degree and service in the military before gaining top marks in the examination to join the civil service.

Aged just 27, he was made general secretary of Milan’s Chamber of Commerce. Three years later he joined COMIT, where he would spend the rest of his professional life. (He worked at the bank, in different roles, from 1925 until his retirement in 1972, the final 12 of those years as president.)

The months just before the outbreak of the Second World War were dark ones for Italy. The Mussolini government passed a raft of notorious Racial Laws which transformed – for the worse – the lives of the country’s Jews. All Jewish children and students were thrown out of public schools and universities; likewise, Jewish teachers and professors were dismissed. Other measures included the removal of Jews from public jobs, the expropriation of Jewish property, and the prohibition of marriages between Jews and Catholics.

“
Mattioli hated what he saw happening in his country, claiming that it was ‘like falling into an abyss’. He vowed to stay on the side of justice
”

The laws caused a mixture of disbelief and disappointment. Italian Jews, numbering just 48,000 in a national population of more than 40 million, had a reputation for being well integrated into society.

Mattioli hated what he saw happening in his country, claiming that it was “like falling into an abyss”. He vowed to stay on the side of justice, however, and to “keep working with eyes wide open and mind awake”.

What this meant above all was assisting his Jewish employees at COMIT, where at the time he was managing director. The bank had been nationalised not long after the Wall Street Crash, and in the wake of the Racial Laws of 1938 it was legally impossible for the roughly 70 Jewish staff to stay on. Mattioli, though, was determined to find some way to help them.

Take the case of Antonello Gerbi, the head of COMIT’s research department, who had been appointed by Mattioli in 1932. The managing director decided the best way to protect him was to apply for a visa on his behalf to travel to Peru. 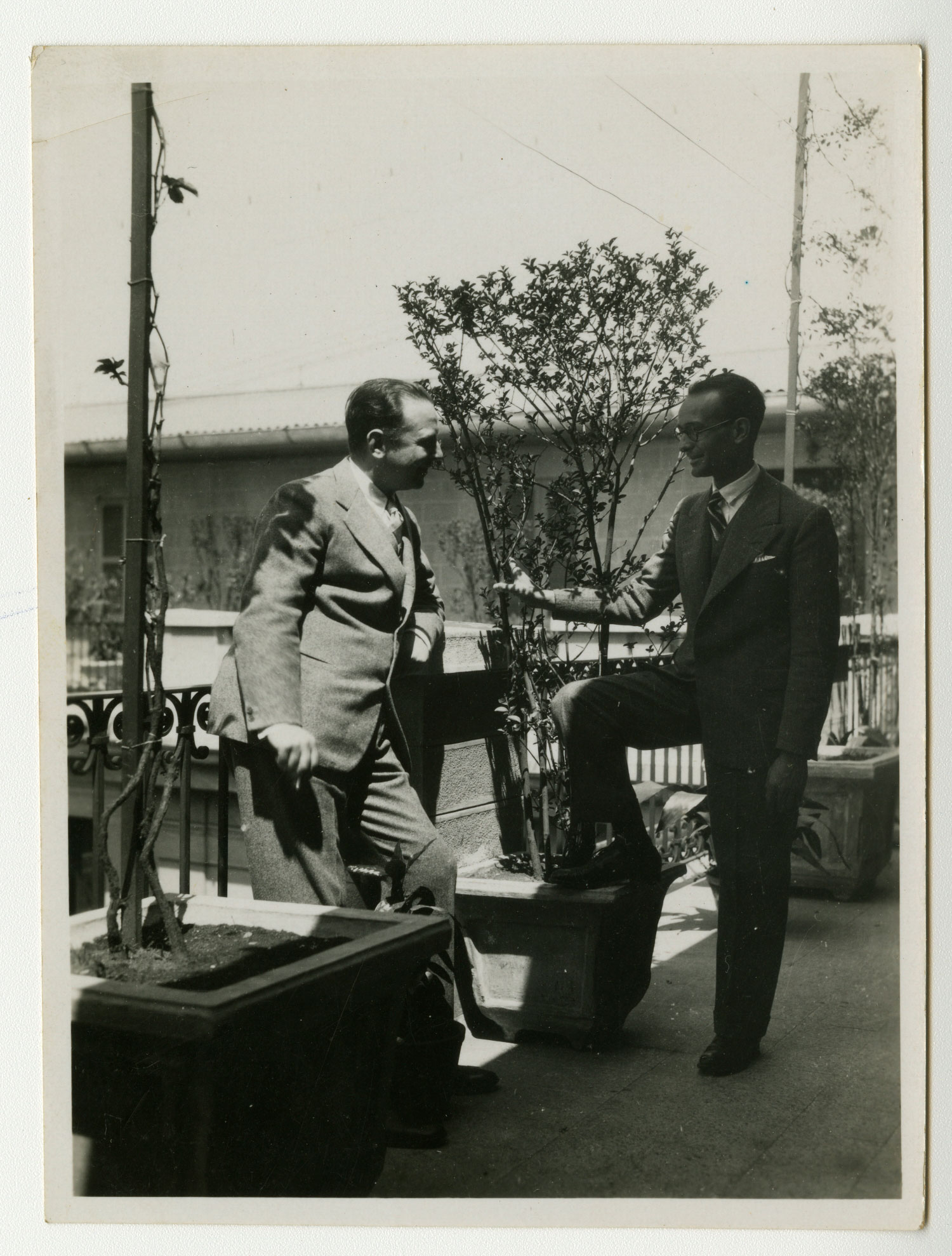 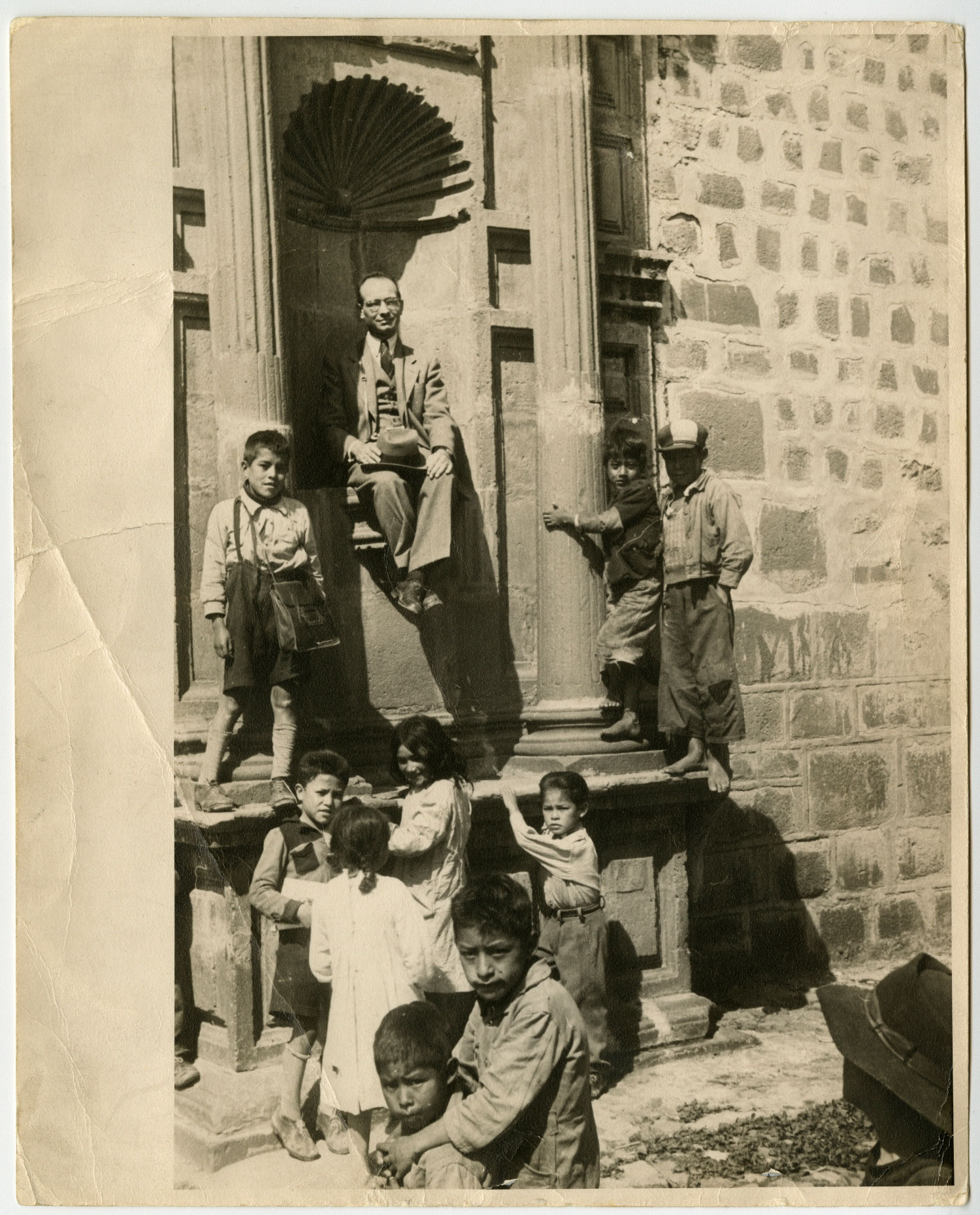 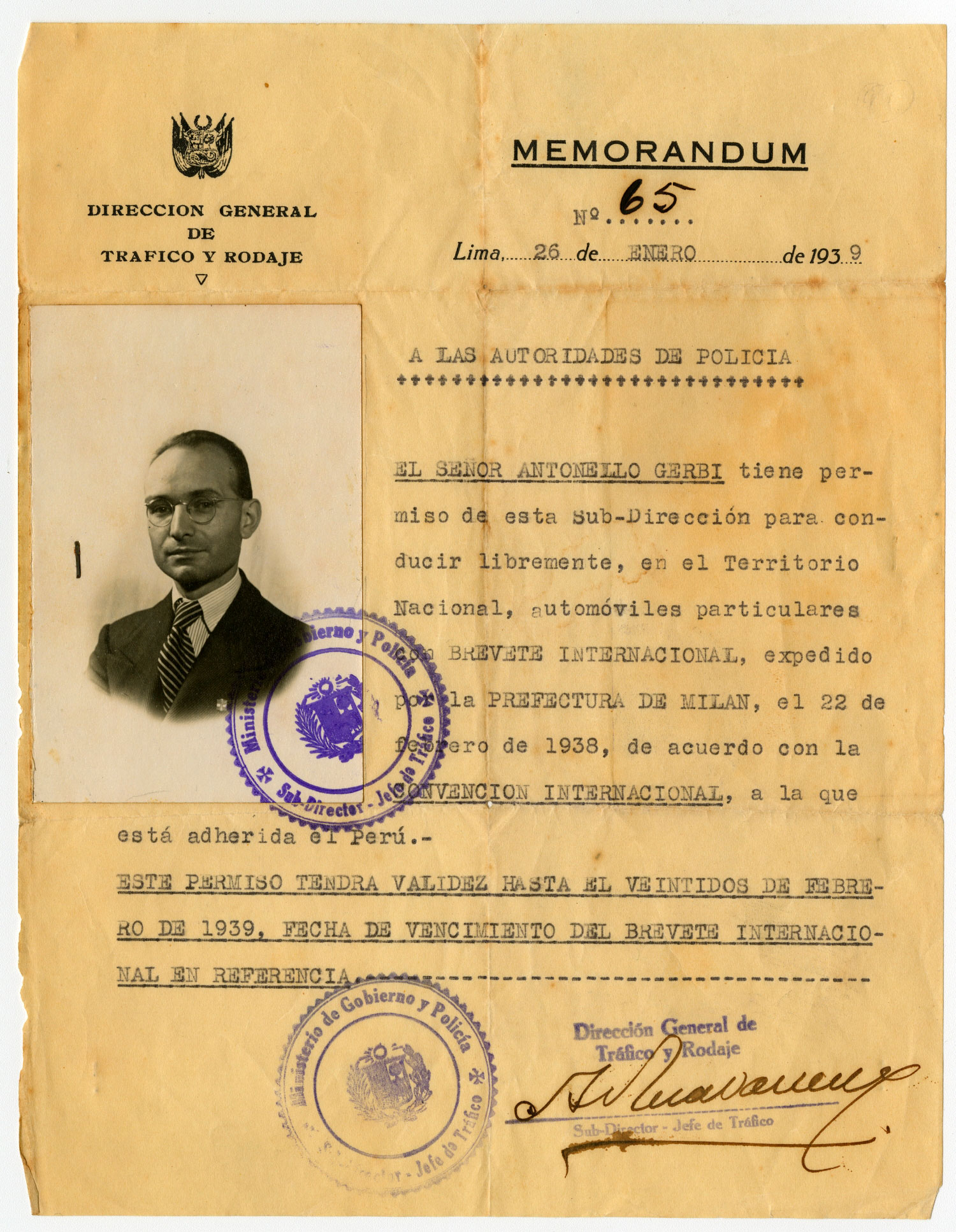 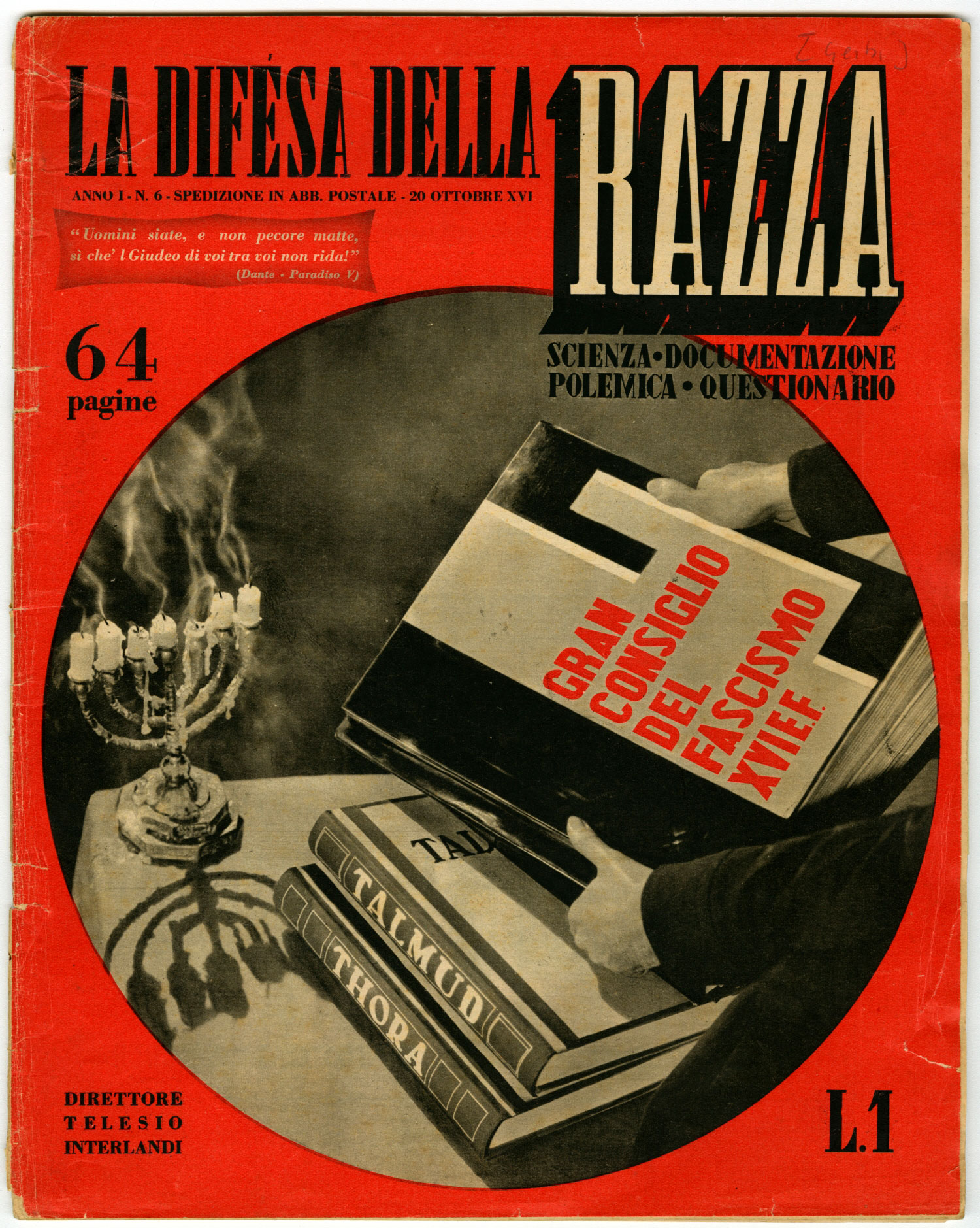 Raffaele Mattioli and Antonello Gerbi on the roof of the BCI headquarters in Piazza della Scala, Milan, 15 May 1932

Mattioli helped COMIT’s central director, Giorgio Di Veroli – who relocated to New York – in a similar way. He also ensured that the majority of the bank’s Jewish employees who didn’t emigrate were offered early retirement with healthy financial packages. Not for nothing did Mattioli call himself “an honorary Jew”, a moniker he wore with pride.

“
Mattioli ensured that the vast majority of the bank’s Jewish employees who didn’t emigrate were offered early retirement with healthy financial packages. Not for nothing did Mattioli call himself ‘an honorary Jew’
” 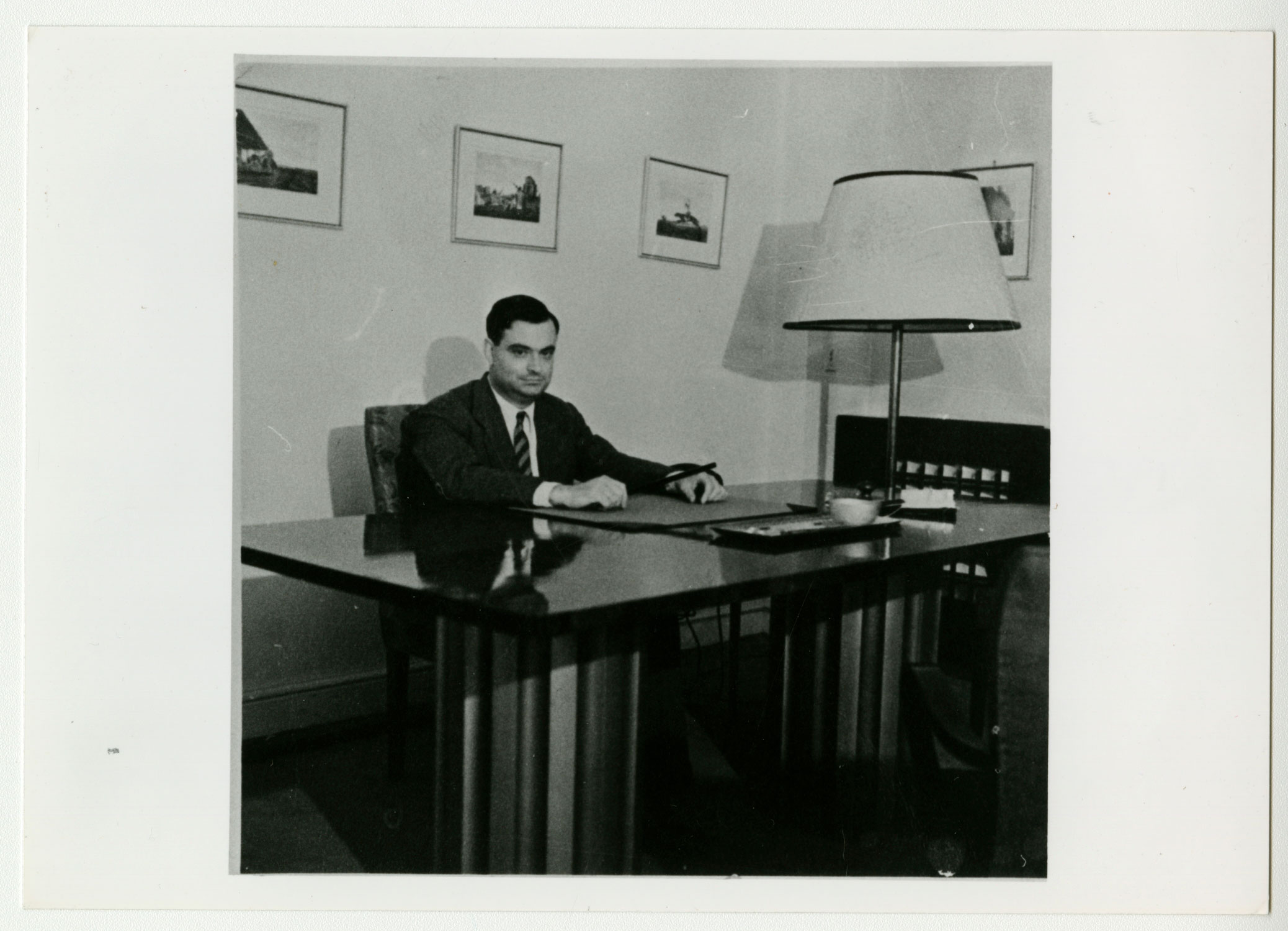 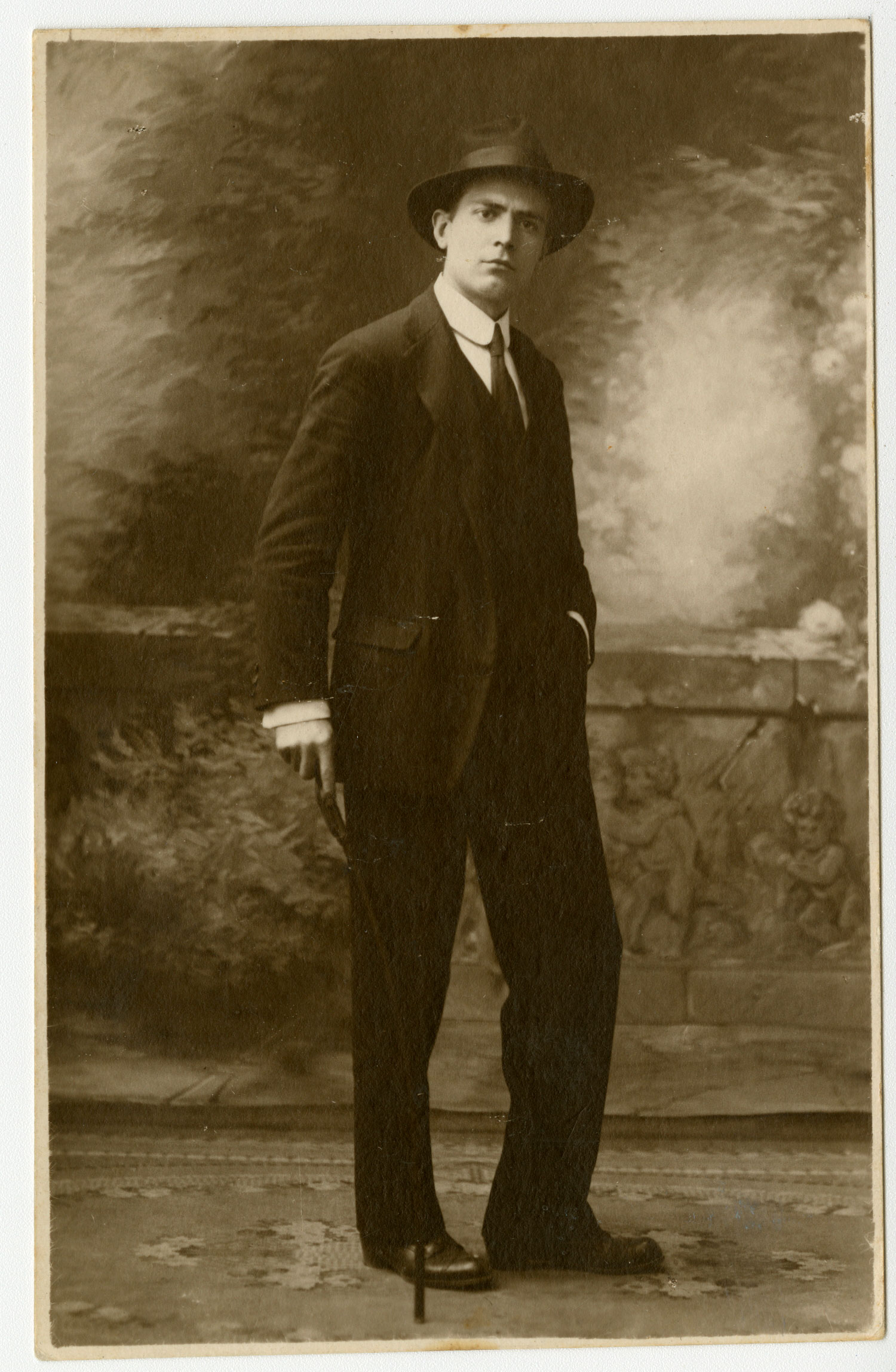 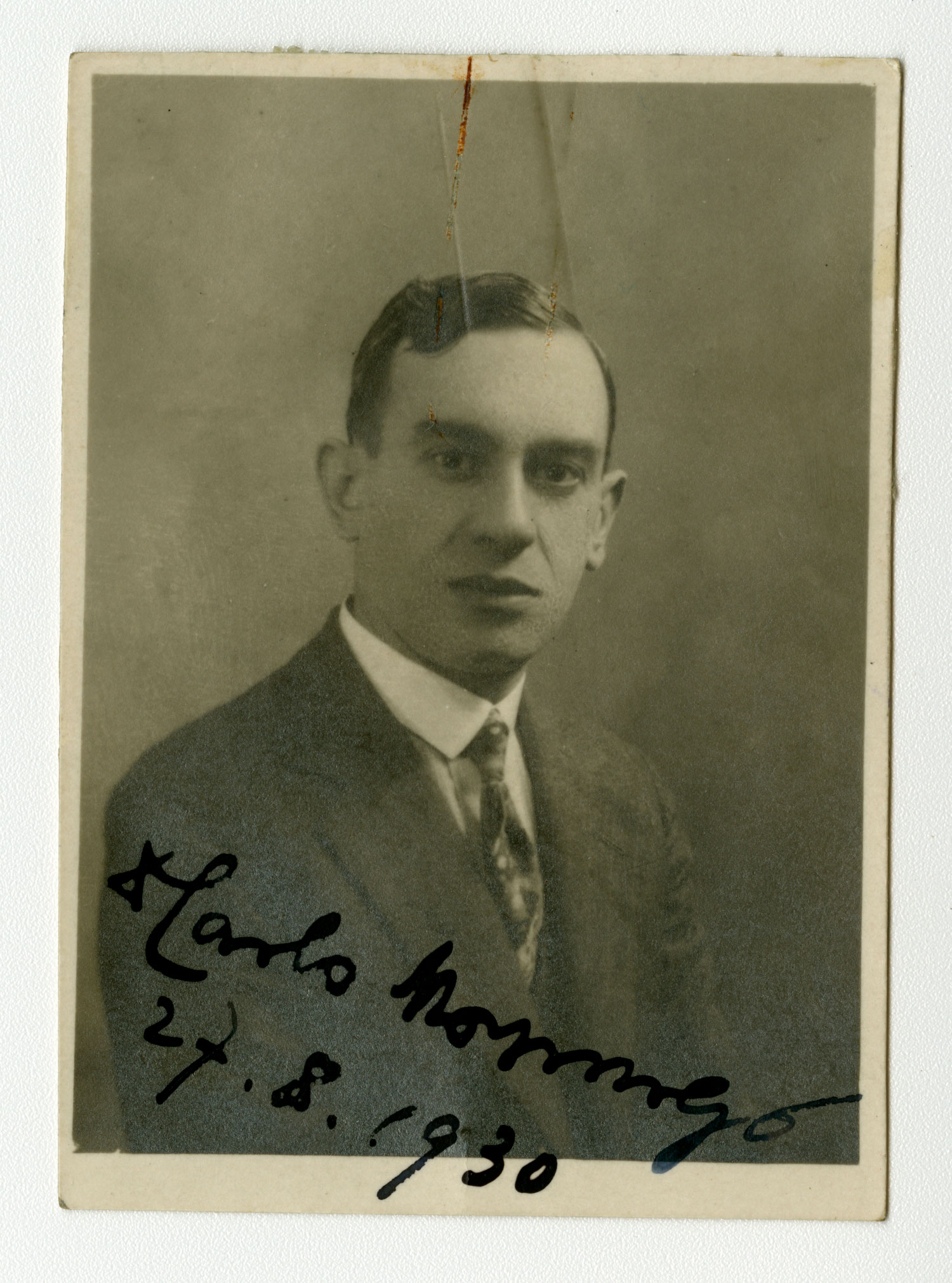 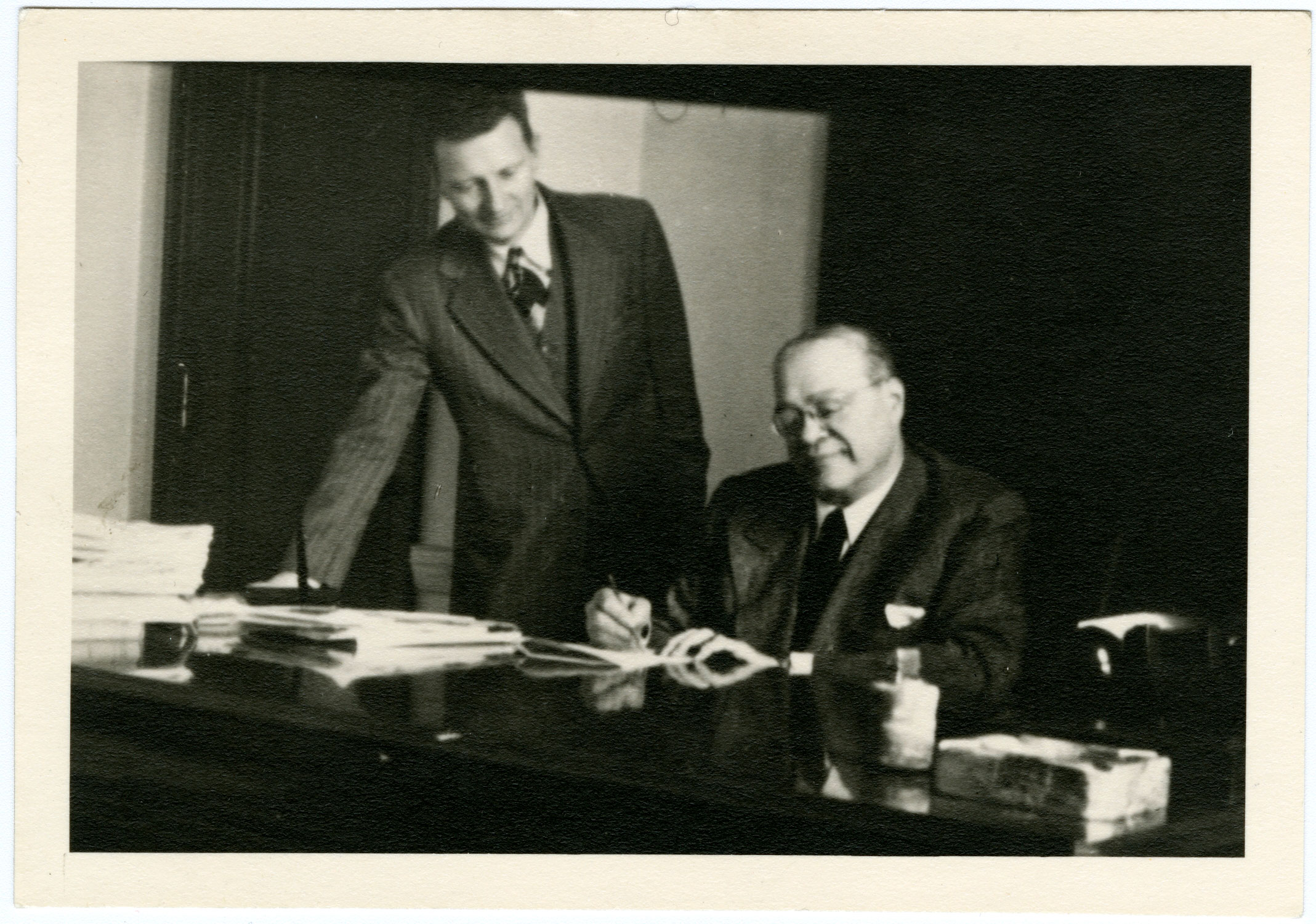 Giovanni Malagodi at his table in Milan, 1935

Raffaele Mattioli at the age of twenty-five, July 1920. Photograph by Attilio Badodi

Di Veroli at the BCI Representation in New York with his deputy Emilio Mayer, circa 1950

Many of the details about his reactions to Italy’s Racial Laws can be found in Intesa Sanpaolo Group’s Historical Archives – Intesa Sanpaolo being the bank into which, after a number of mergers over the decades, COMIT has evolved.

Costa has produced a 10-minute video about Mattioli titled The Activity of Raffaele Mattioli in response to anti-Semitic persecutions, through the sources of the Historical Archives of Intesa Sanpaolo. This was the bank’s contribution to this year’s Festival of Diplomacy, which ran from 13-22 October. Held annually in Rome for more than a decade, the festival invites important speakers from around the world to discuss international diplomacy and global governance.

“
The archive allows us to reconstruct the many acts of Raffaele Mattioli in the rescue of Italian Jews – Barbara Costa, head of Intesa Sanpaolo’s Historical Archives
” 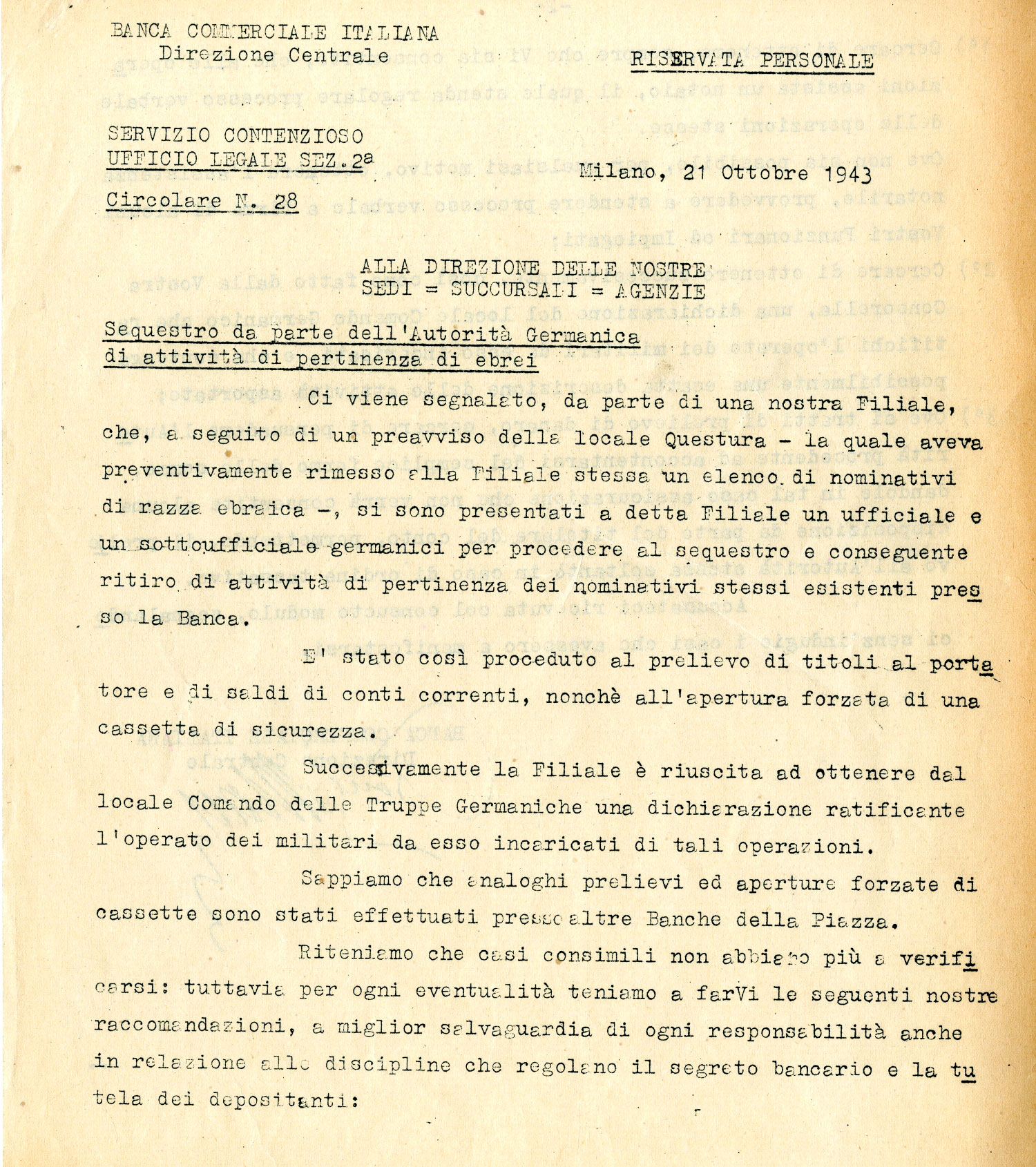 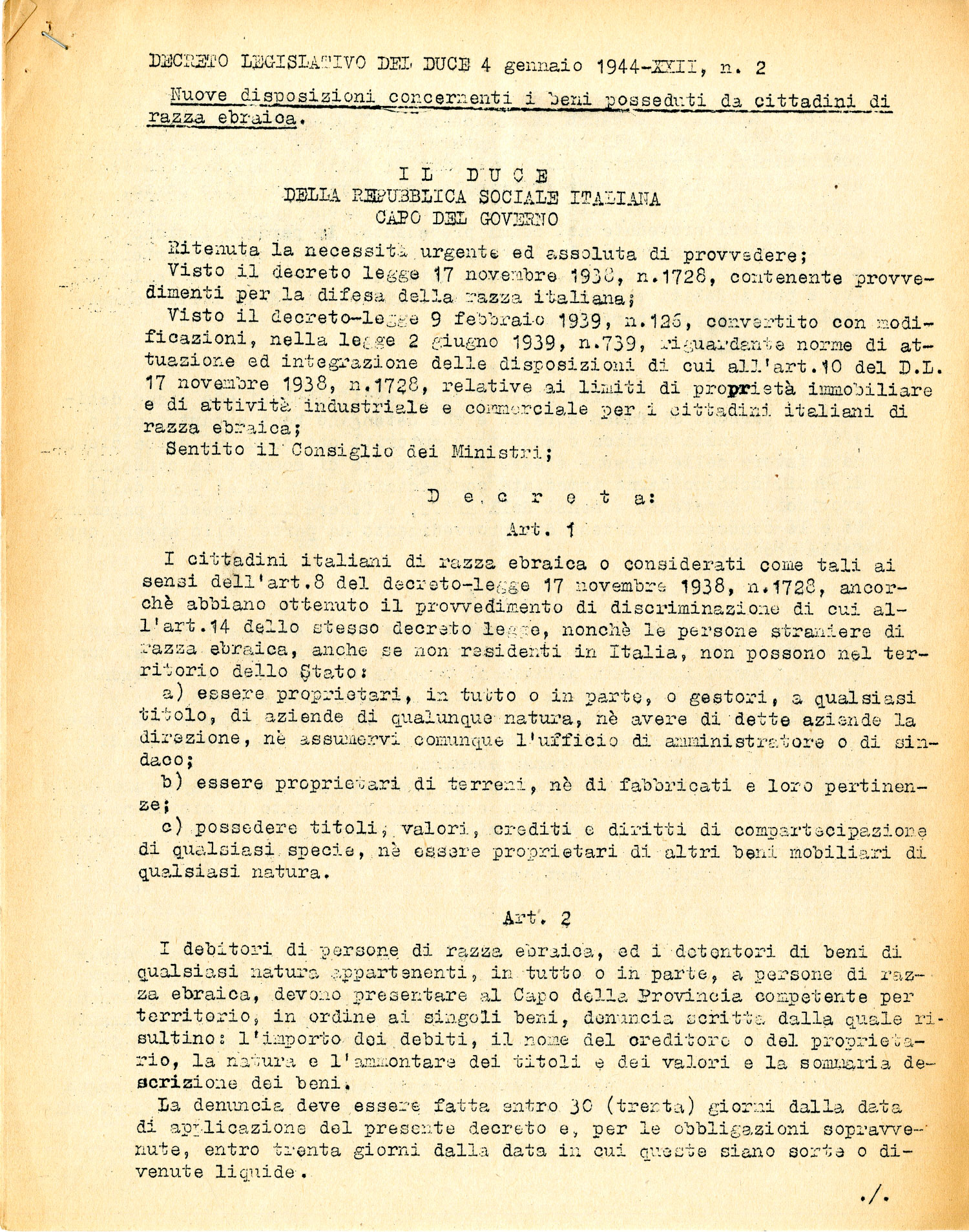 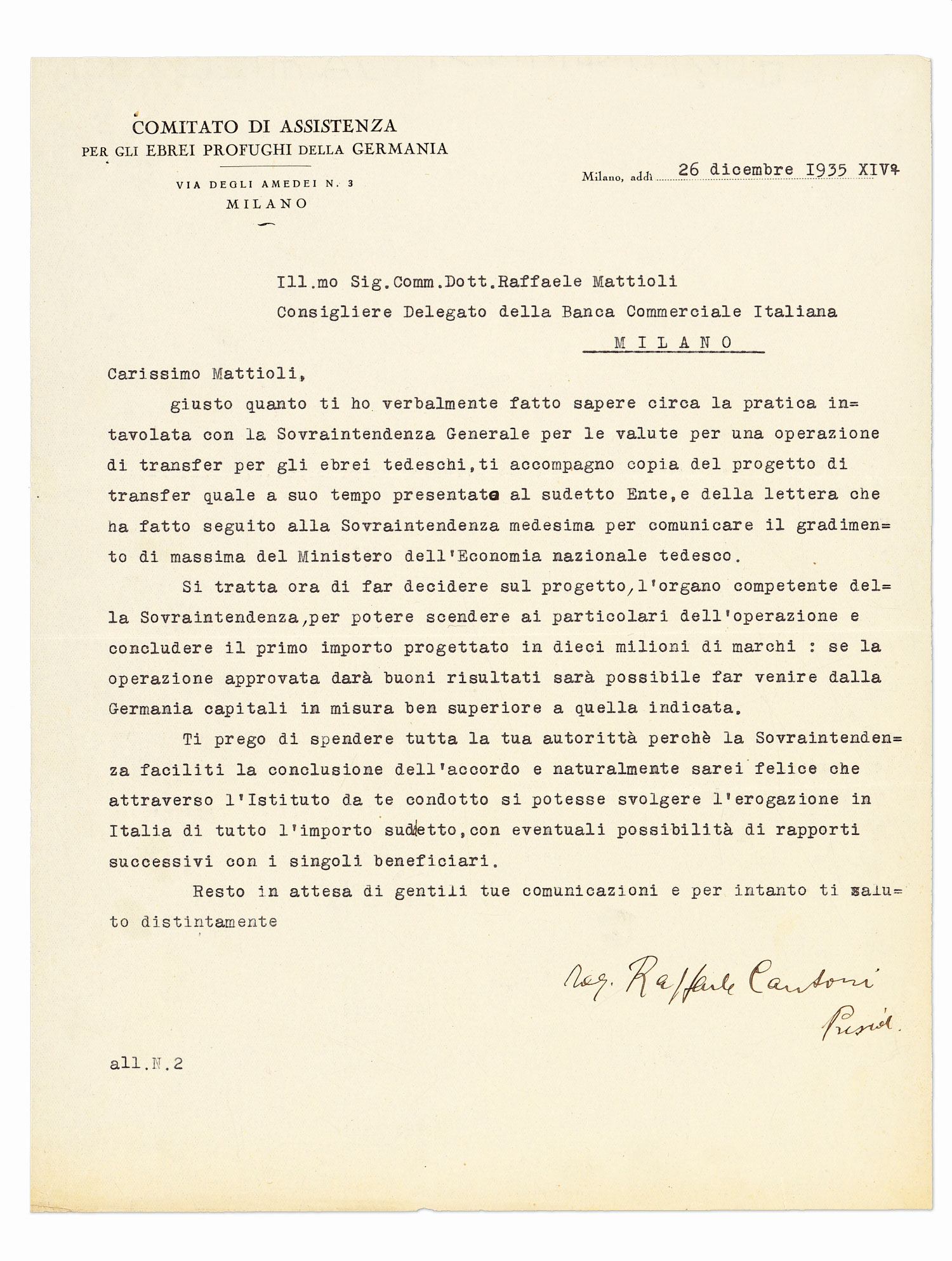 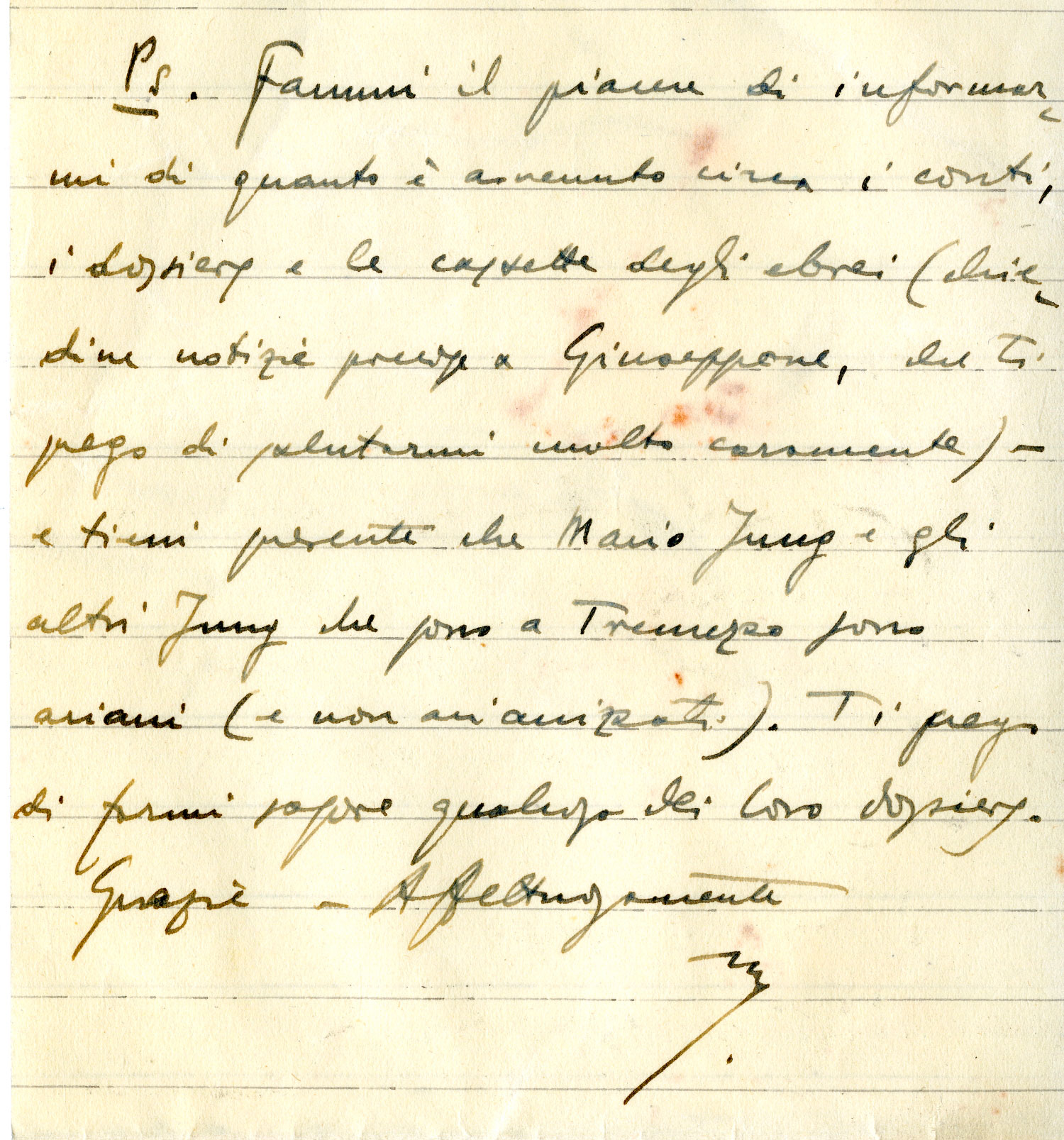 BCI instructions to branches on how to behave in the event of an invasion by German soldiers, circular of 21 October 1943

Letter from Raffaele Cantoni to Mattioli requesting an intervention, 26 December 1935

“The archive allows us to reconstruct the many acts of Raffaele Mattioli in the rescue of Italian Jews,” says Costa. “He did whatever was humanly possible to save innocent lives and livelihoods put in danger, weighing up all risks to help various people before it became too late.”

Barbara Costa’s video on the life and work of Mattioli can be viewed here.

Have any doubts?
Get a call back

We will do everything in our power to return your call as soon as possible.

We apologise, we are currently unable to receive your message.

Please try again later. Thank your for your patience.

Please choose which Area of our services you consent to.